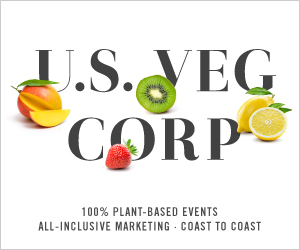 "Events like these make me even more happy than usual to be a vegan. It’s so great to be surrounded by so many like-minded people, and also eat until I nearly fall over."


“Though Sue Shilling said she would “never” consider going vegan and mentioned being “dragged” to the festival by her granddaughter, she ended up thoroughly enjoying the event, and within the first few hours on Saturday had, to the surprise of her granddaughter, already purchased a bagful of various vegan goodies, including several cans of heat-and-serve Indian food.”


“As I walked through the New York City Vegetarian Food Festival, I couldn’t help but feel awestruck and overwhelmed with that feeling you get as a vegan when you know everything in the room is safe to eat. I turned to my partner and said, enjoying the fact that this sentence was passing my lips, ‘It feels like I’m in a vegan mall!’”


“A carnival of vegan chefs, bakers and thousands of foodies. It was a riot of colors: red peppers, yellow bananas, green wheatgrass, orange carrots, plump red strawberries and so on. Snatches of conversations confirmed the presence of meat-lovers as well. Some were skeptical at the idea of a food festival sans animal protein; others showed the curiosity one associates with the adventurous.”


“This was a fantastic event for cruelty-free businesses to get the word out about their products and services to swarms of fans. In all, a major hit for the many plant-based brands in attendance. If you are a SoCal vegan/vegetarian lifestyle company looking for a successful way to grow your customer base and promote your new launches, definitely secure a booth at next year’s festival. It is guaranteed to give your business a whole new level of brand awareness in the ever-flourishing animal-friendly lifestyle market!”